Two students from Katy Institute of Piano performed this morning at the KMTA American Recital.  Pictured on either side of Mrs. Lopez are (from left to right) Sadie Kendall and Presley Kendall.  Sadie performed Pumpkin Party by Faber and Presley performed Twinkling Planets by Alfred. 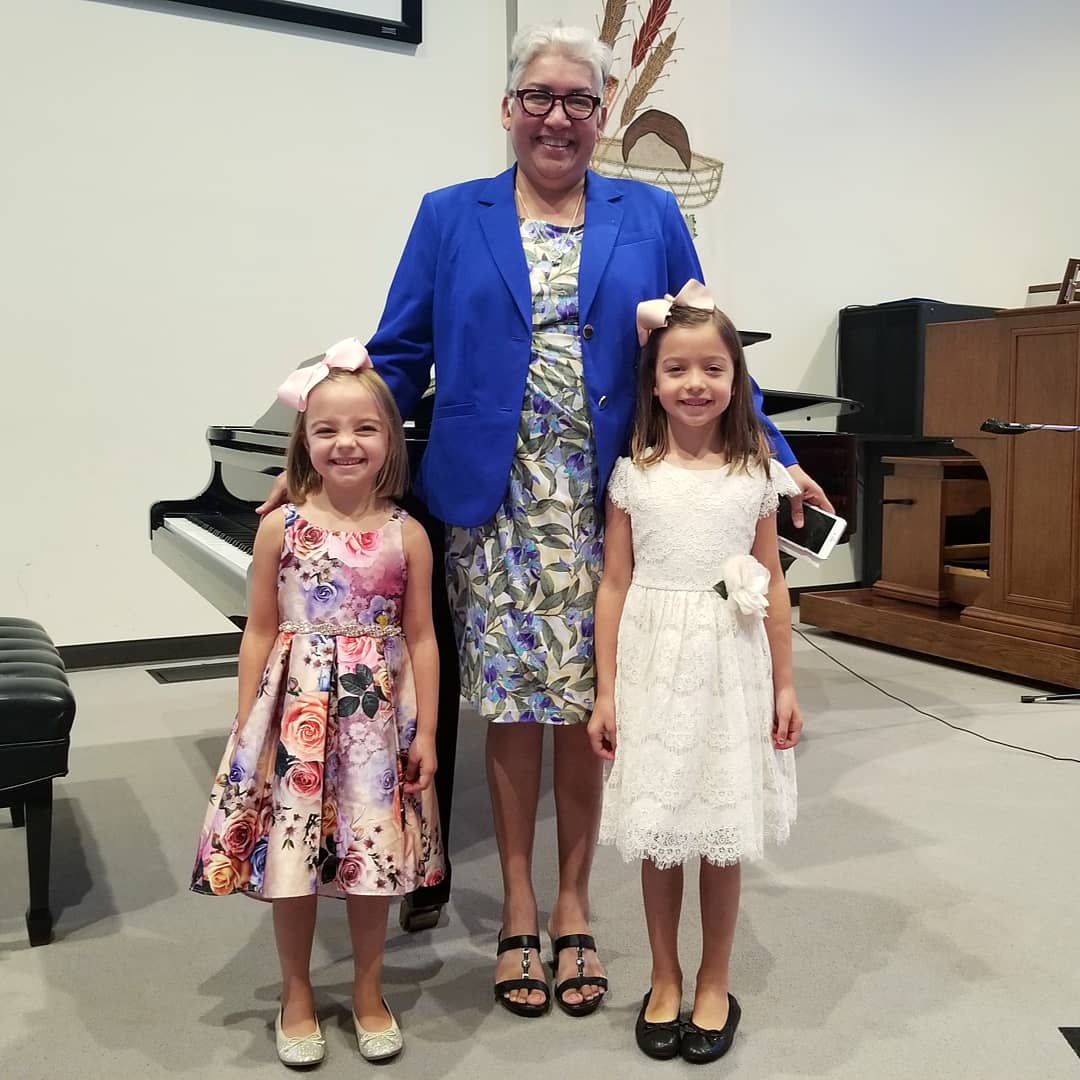 Three students from Katy Institute of Music performed with the Katy Music Teachers Association's Ensemble at the TMTA convention June 23. They included Larissa Ramirez, Connor Smith and Riddhima Burman.   Pictured below is the ensemble during rehearsal before they went on stage.  The group played "In the Hall of the Mountain King" by Edward Grieg and arranged by Carol Matz.  They were directed by Susan Terry. 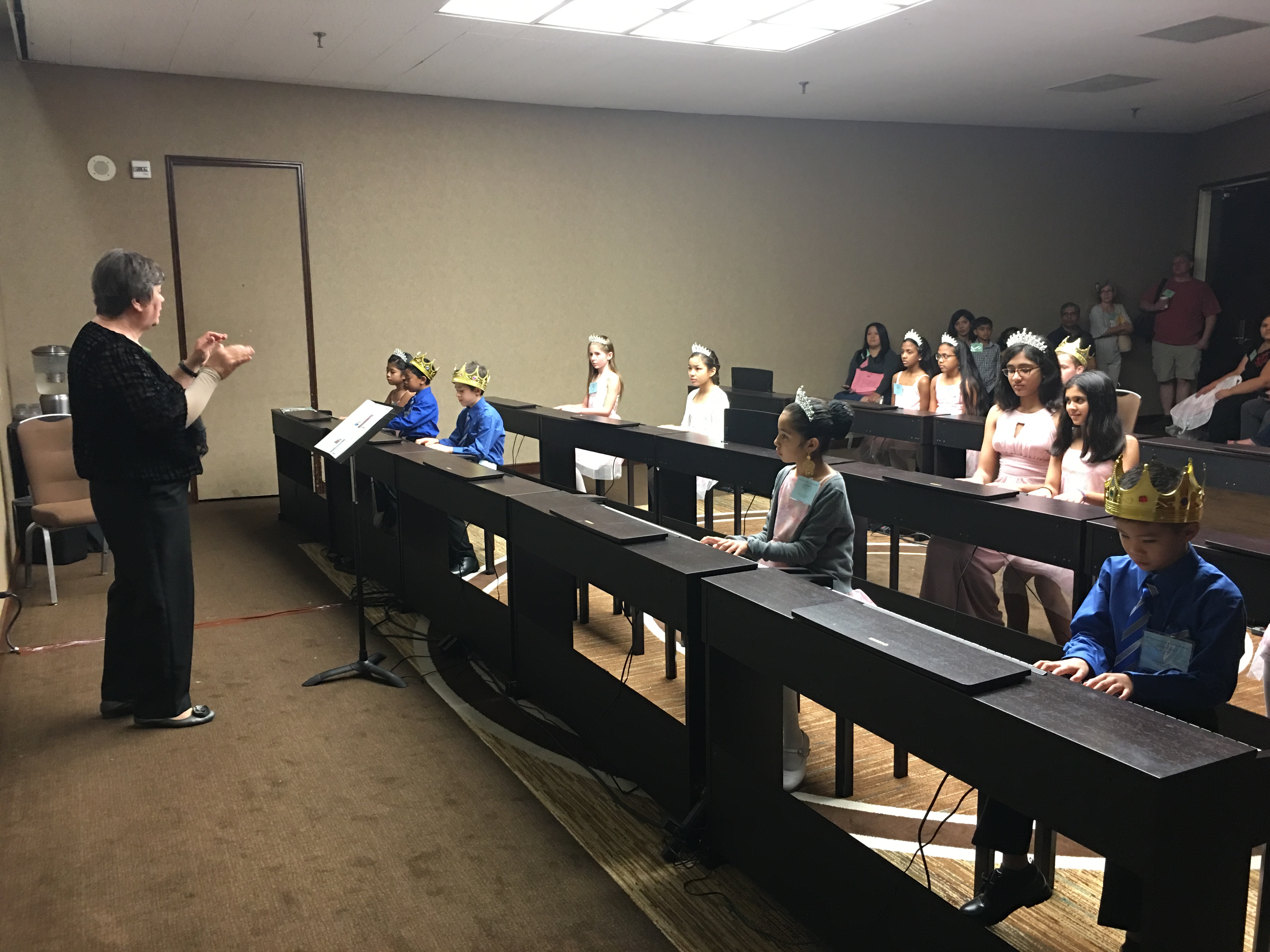 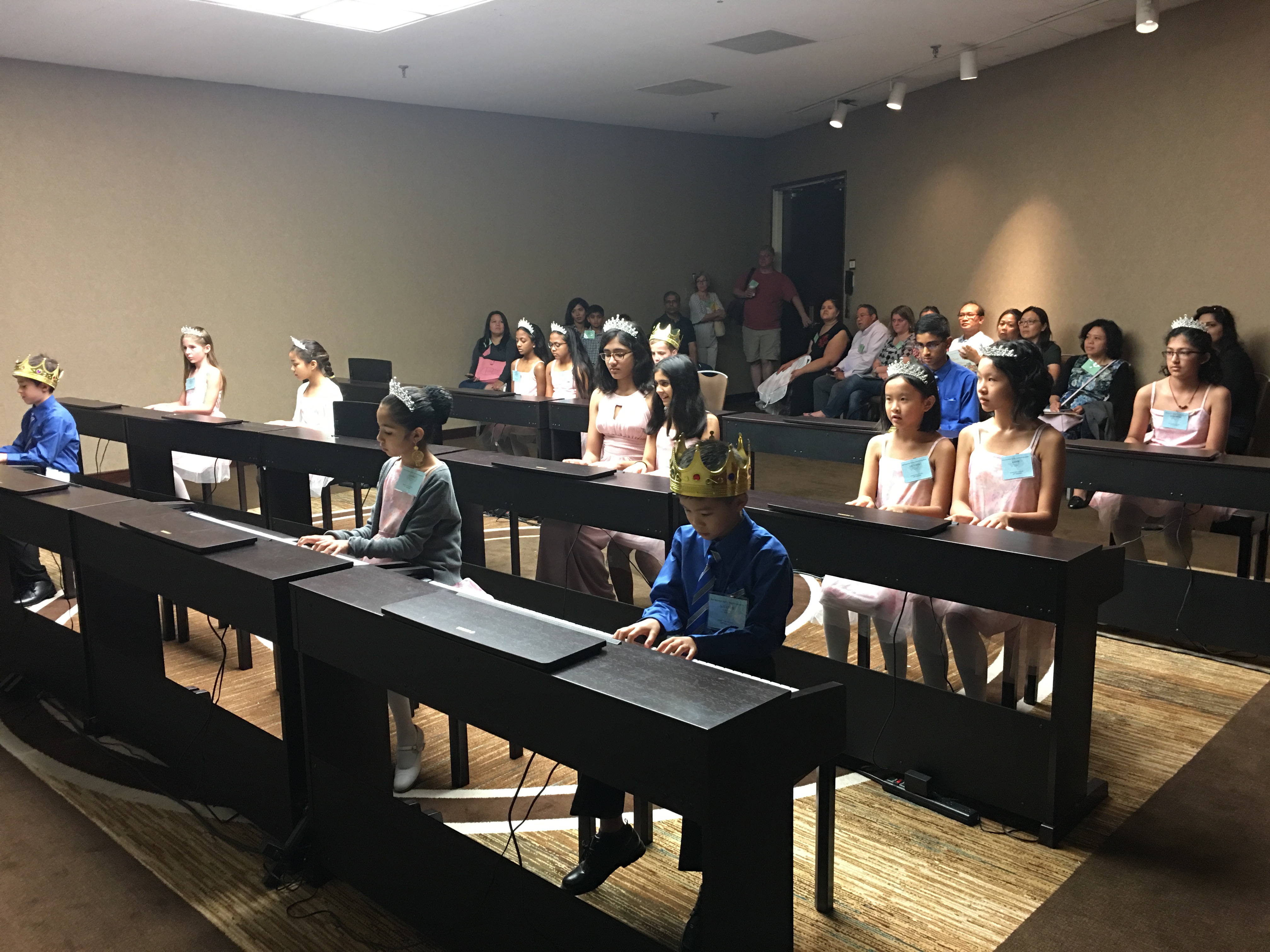 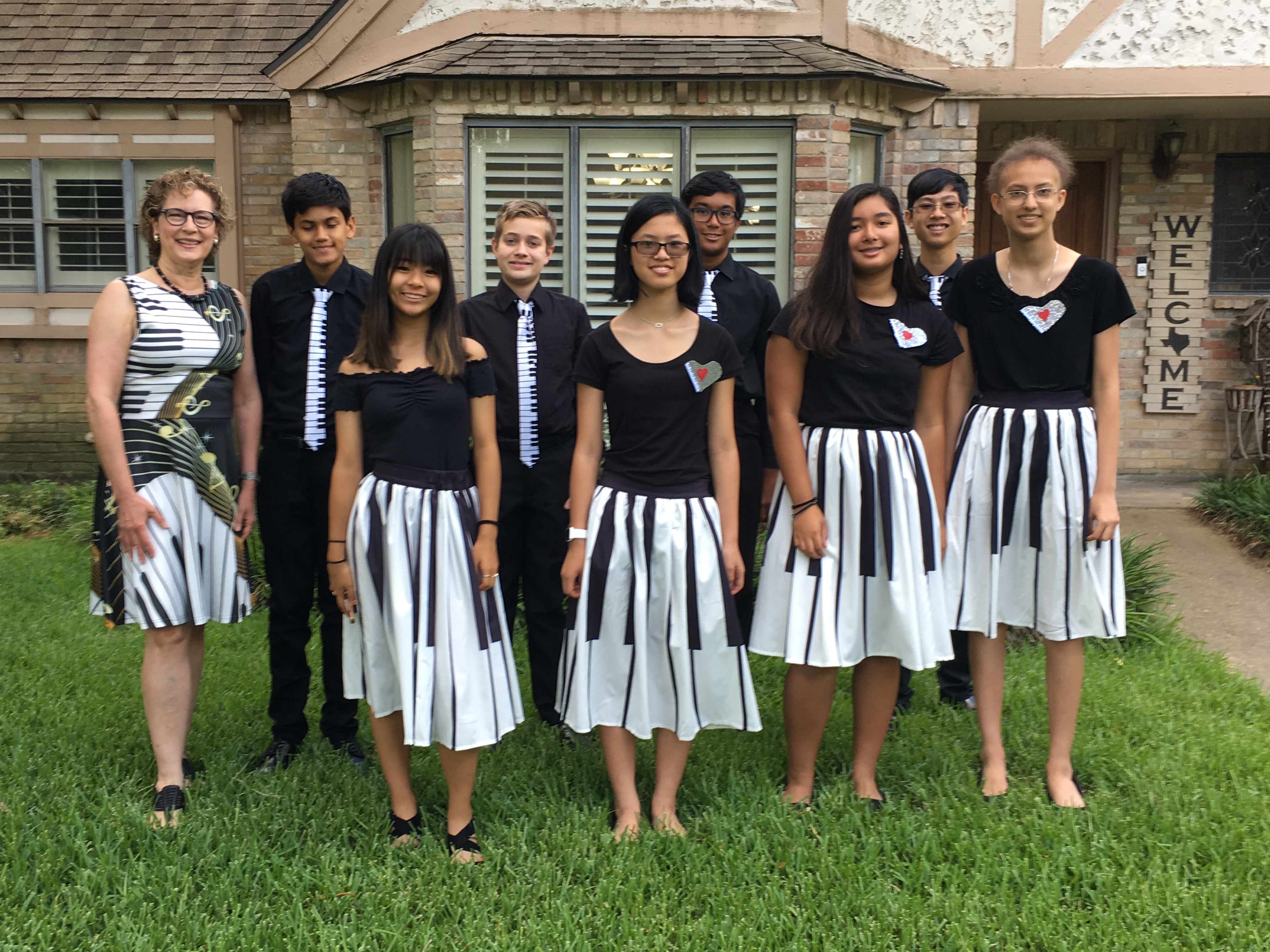